What is Hardware, Software and Brainware? 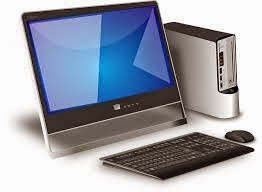 Definition Hardware is the components on the computer that can be seen and touched physically. So, in such a physically from the computer can be called the Hardware or Hardware. Examples of hardware are as follows:
Understanding Software or Software is the data that is contained on a computer that doformat then stored digitally. You could say that the software is the component that is not physically visible, but contained in a computer.
Operating System: It is a software which is used to connect the hardware to the user / user.
Software Application: It is Software that can be applied to meet the needs of the user. An example is an office suite software like Libre Office and Microsoft Office.
Understanding Human Brainware or device is people who use or operate the computer. Examples of Brainware is Programmer, Netter (a term for people who are surfing on the Internet), and people who are using the computer.

Relationship Between Hardware, Software and Brainware.

Definition of Hardware, Software and Brainware above would have a relationship with each other. As in the picture, that all three elements are interrelated to create a computer useful.
Hardware or computer hardware or if there is no software, the computer is just a machine that is not useful. Because the software was created to fill the functionality on the computer so that creates a computer that has a function to use. If the computer hardware and software has been created, if there is no Brainware to operate, then the computer is just a machine that does not have a function. It could be said that silence is just a robot. So, Brainware or users is one of the key elements to operate a computer in order to create a computer that has the functionality and can produce something useful for the user.
Conclusion Understanding Hardware, Software and Brainware. Thus, it can be concluded that the definition of Hardware, Software, and Brainware is an essential element or foundation to build a computer that has the functionality and useful for humans.
DEFINITIONS of ALGORITHM
The system has a computer working brain ware, hardware, and software. Without any of these three systems, the computer will not be useful. We will focus more on computer software. The software built upon the composition of the program (please refer to the understanding of the algorithm) and syntax (the way of writing / programming). To compile a program or syntax, steps need systematic and logical to be able to resolve the problem or goal in the process of making a software. Thus, Algorithm plays an important role in the preparation of the program or syntax.
Understanding algorithm is a logical and systematic arrangement to solve a problem or to achieve a particular goal. In the world of computers, algorithms are important in the development of a software. In the everyday world, perhaps without being aware algorithm has entered in our lives. Different algorithm with logarithm. Mathematics is the logarithm operation which is the inverse of the exponent or reappointment. Examples of such logarithm bc = a blog written as a = c (b is called the base).
A concrete example algorithm in daily life is "How to Make Instant Noodles". Here are the steps how to make instant noodles: