What is LAN? Local Area Network 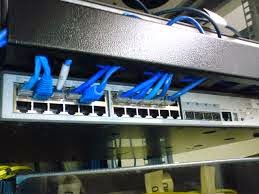 LAN stands for Local Area Network. In general. understanding of LAN is a network in which the equipment hardware and software combined to be able to communicate in a limited area. LAN was originally developed in the mini computer, but rather popular after the PC is widely used. With the LAN system, then some PCs that had been working on their own, can eventually work together in certain limits, even with the larger computer systems. LAN become so popular because it can generally be used as office automation equipment. LAN can also be connected to other networks, either via telephone cable, wireless, satellite, and the Internet.
Definition of a LAN (Local Area Network)
understanding LAN
LAN network typically consists of:
Server (the server computer): server in the LAN is one or more computers that use a server operating system. Server task in general is to provide media storage and the services so that other computers in the network can be used either individually or jointly.
Client (client computer): Client is a computer that uses the client operating system (eg Windows 7 or 8) and connected to the LAN.
Gateway: Gateway is a useful device over the network to communicate with other networks.
As the name implies, the LAN can cover only a limited area of ​​the area (local), for example, in one building, a department or a campus. Because of its short distance there is, the speed of data transmission becomes very high. Data transmission medium used in the LAN is usually in the form of cable untiran similar to those used in telephone cables. LAN cable is often referred to as UTP cable.
A few descriptions of Understanding LAN (Local Area Network), may be useful.
Add Comment
computer term
More From Author
computer term
Load More