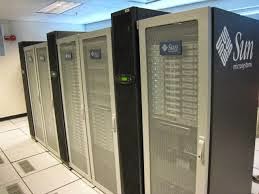 Understanding Server And its Kind. To understanding servers is one of the supporting instruments in the field of computers. In an organization, for example at a manufacturing company, there are a lot of computers that can be connected with each other. Interconnected computers that form a network, called network computers. Data traffic that occurs on the network, set with a central computer or server often kta call.

Understanding server is a computer that regulates the data traffic that occurs on a network. In a network comprising several computers and a lot of self interconnected. Computer servers provide services to a number of interconnected computers, in doing data access for example to access restrictions, the data control and data flow that occurs.
In building a computer server computer hardware specifications required more than the usual computers. Computer server used for any specific operating system called a server operating system, as follows:
Specifications that need to be considered in building a computer server as follows:

There are several types of servers that are categorized by function as follows:
In understanding the above server is very noticeable how the role of the server on the computer network, so it requires a good calculation for building powerful servers.
Add Comment
Hardware
More From Author
Hardware
Load More