What's The difference Between Android And BlackBerry? 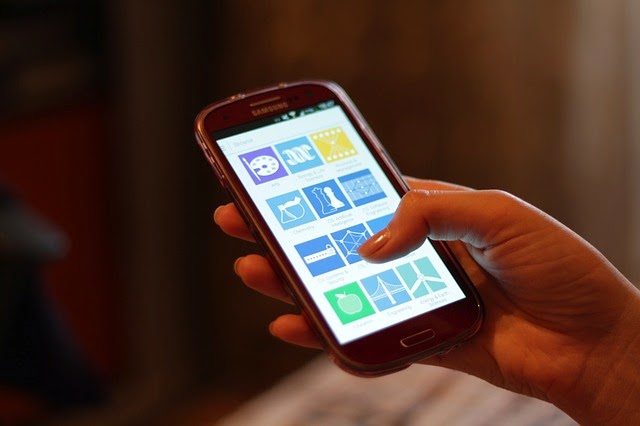 Smartphone market developments gadgets especially decorated a variety of mobile operating systems. Indonesia is still dominated by two well-known OS, the Android and BlackBerry. However, some people still feel ordinary and confused about both. What is the difference of Android and BlackBerry, especially in the smartphone category? Android mobile device operating system for tablets and smartphones.
The difference Between Android And BlackBerry
Android
It is a Linux-based mobile OS that was developed seriously after Google invested some money to the Android, Inc. and buy it as a whole in 2005.
Android was officially introduced to the world in 2007, but it took a year to be ready to enliven the market. October 2008 became a historic year for the first time Android smartphones sold in general.
To spoil the Android users, Google provides services PlayStore, where developers showcase the world's best work. Android users can search, download and update apps directly from PlayStore.
Different from other operating systems, Android is free to use by a variety of well-known mobile phone brands. One of the brands of the world who diligently put out products Android Smartphone is Samsung, a bold and right step for the Korean company was successfully dropped BlackBerry, Nokia and competing with Apple in an attempt to conquer the world smartphone market.
Differences Android and BlackBerry as well as other operating systems it seems clear that the release of each series, which carries the name and unique as Froyo, Gingerbread, Ice Cream Sandwich, Jelly Bean and most recently, KitKat.
BlackBerry
One brand that 'had' boom in Indonesia and become part of the lifestyle and fashion. This smartphone could be 'an obligation' for some particular society. The elegant design of the phone and installed like a mini laptop keyboard.
BlackBerry has been brisk market in several types and always rely on the QWERTY keyboard buttons though had released touch screen phones. Just like other phones, smartphones carrying its own operating system.
BlackBerry uniqueness lies in a feature called instant messaging, BlackBerry Messenger or known as BBM. The application successfully steal the attention of the people of Indonesia and one of the factors the difference of Android and BlackBerry. Although time seem to be exclusive and luxurious, fuel was present in the Android version of the app user and exploded in a short time.
Difference Between Android And BlackBerry
Conclusion
Differences Android and BlackBerry looks very clear. Although BlackBerry handset users still exist, but the displaced. Meanwhile, users of Android smartphones is increasing because of the relatively affordable price, especially the presence of the security features BBM for Android.
Add Comment
Hardware Operating System Smartphone
More From Author
Smartphone
Load More