What's the meaning of DSLR and SLR Camera? 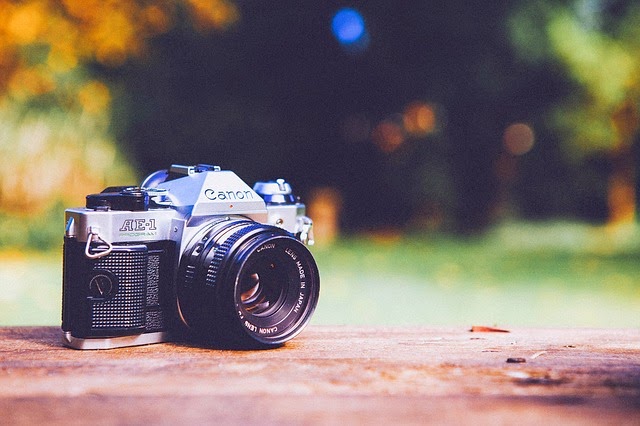 Lovers of photography must be familiar with the term DSLR and SLR camera. Both are often used for different shooting sessions despite the fact that the two main functions of the same, which is to produce images bright and sharp objects.
SLR Camera & DSLR Camera
DSLR camera
This camera is quite modern and has a mechanical mirror system and pentraprisma to focus the light that comes into the optical viewfinder. Well, how very modern DSLR cameras that use digital techniques. This type of camera is not necessary sepertu black film roll used to be. Shots directly stored in the memory card is a small rectangular shape but able to store a lot of data.
DSLR stands for Digital Single Lens Reflex. If we want to take pictures of objects using the camera, then we should see a concentrated point of focus so that the resulting image fits. Indeed, the camera has a movie that can be seen while shooting, but the results are less appropriate.
Dslr camera works automatically save pictures inside memory cards. You do not have to worry about the outcome because the shots appear instantly on the camera screen. Staying put a value on the results. When good is stored, if it is unsatisfactory may be removed and take pictures again. Easy is not it?
Unfortunately DSLR cameras require another device when the user wants to process more photos. For example, users want to have the pictures printed or in print, the memory card was inserted into a laptop that has a specific software such as Photoshop, picasa, adobe, and others. Well, if you have the device and opened, then the image can be viewed on a computer or laptop and edited. Lack images can be addressed before they are printed. In fact, the background of the pictures taken can be replaced.
Material terms of this camera is more profitable and practical. In terms of image quality is no less than slr camera. It's just that the user must have supporting software for various purposes.
SLR camera
SLR stands for single lens reflex or single lens wear. That is, the light brought by the lens to the focal plane is two places and the view finder. With these systems, the image produced on the screen and in fact exactly the same. Thus, a photographer can make sure filming is just right.
When a photographer has been photographing objects, then the result is stored in a 35 MM film reels because this camera has only a simple electronic system. From the film rolls can be printed directly in the wash pretty picture on a piece of paper. Unfortunately, the owner is not able to edit photos before printing. The weakness of this system the owner can not tamper with (edit) in accordance with the wishes or when an error occurs can not be repeated.
Add Comment
Business Camera Hardware
More From Author
Hardware
Load More