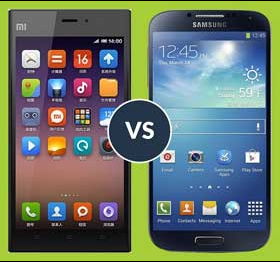 It is common knowledge if Samsung and Apple have always been hostile. Now when peseteruan between Samusng and Apple have not been fully able to say after, the South Korean vendors began searching for a new enemy. This time the target Samsung is Xiaomi
Robert Yi as SVP and head of public relations division of Samsung, could be said to be an actor that is beating the drums of war between Samsung against new coming Xiaomi smartphone. Then it is not free from some of the comments of Robert Yi when announced, Samsung's policy to reduce the number of smartphone models that will be released, some time ago.
On the occasion Yi, clearly insinuating strategy adopted by Xiaomi in mastering the Chinese smartphone market in the second period of the last quarter. Robert Yi assume that Xiaomi is a mysterious thing and he did not understand how Xiaomi will make a profit from the business pattern as did Xiaomi (* release a high specification products at very cheap).
Furthermore Robert Yi also not sure Xiaomi can maintain a similar strategy where they can constantly rely on marketing the product through online channels. On the other hand, Robert Yi admitted that Xiaomi is able to deliver good quality products to customers in China, but he feels doubt that this strategy success can be replicated in countries other than China.
Add Comment
Smartphone
More From Author
Smartphone
Load More