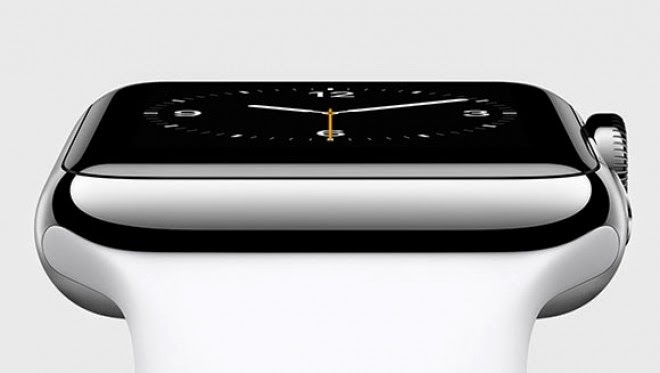 A report from Research Firm Cowen and Company revealed some facts about Apple Watch. Details about Apple Watch is obtained from observing Watch the Apple supply chain is currently in the process of production. According to Cowen and Company, Apple Watch will be equipped with 512MB of RAM memory with 4GB of internal storage.
Samsung, Micron, and Hynix will produce RAM for Apple Watch while some large manufacturers are believed to produce internal storage.
Timothy Acuri of Cowen believes that Apple will sell Apple Watch with 8GB of internal storage with 4GB variant became the standard version. Additionally, some chips that normally exist in the smartphone will also be found on Apple Watch. Among them is the chip Broadcom BCM43342 similar to the iPhone 5S will be paired in the Apple Watch as chip combination of wireless and GPS technology.
Little difference compared with other smart watches is the use of custom SoC for Apple Watch. If smartwatch usually use the same chipset as in smartphones, for example Snapdragon 400, then Apple Watch predicted Apple would use the chipset S1. Use of S1 chipset is expected to save the battery life of Apple Watch which reportedly was not so good.
Add Comment
Hardware news
More From Author
news
Load More