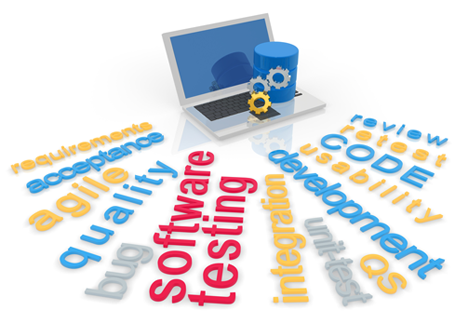 Adobe software has a wide range of applications that is made specifically for for designers, photographers, videograph and developers such as Photoshop, Illustrator, InDesign, After Effects and etc. Adobe Creative Suite has served so many people well, there are always other alternatives software available in the market as well, whether it is free or premium. Today, I want to show some Adobe Dreamweaver alternatives.
Dreamweaver is a well-known application for the development of website, available for WINDOW and MAC, and can be used either as a WYSIWYG or code editor. Dreamweaver can display a split view on the monitor for two modes. Dreamweaver handle the management of the site, active content from Flash to Javascript, XML, CSS2, and much more. The web page can also be displayed by using the built-in browser or browser based user choice. Dreamweaver has auto-completion feature code, and can highlight the color code that allows the user to easily while debugging the code.
Dreamweaver is not available for Linux operating system, UNIX, or smartphone / tablet. Currently Many alternative applications for Dreamweaver Dreamweaver, considered expensive, generally at a price between $ 300 to $ 500 USD.
Here are the best Adobe Dreamweaver alternative software:
1. Download Quanta Plus
Quanta Plus is a free apps based open source, open Linux-based similar to Dreamweaver, with similar features to support JavaScript, CSS2, XForms, RSS, etc. Features syntax support for PHP, JavaScript, HTML, XML, Perl and others. But, there is no direct support for SVG or HTML5.
Quanta Plus provides a drop down menu and automatic completion of documents related to the parsing of the CSS to PHP. As editor of tags, Quanta can remove hard-coded HTML, XML and other tag language. Quanta Plus requires a plugin for its SVN (Apache).
2. Download Aptana
Aptana is open source based, which is built on the Java and supports Windows operating systems, Mac, Linux and BSD. Such as Dreamweaver, Aptana has a similar support for web coding, including Ruby on Rails, and applications for the Apple iPhone can also be developed using this one. There is no spell check, no WYSIWYG editor and no support for RSS also Atom and XPath.
Aptana does not support JavaScript debugging because the autocomplete does not recognize this object. No preview Internet Explorer for Mac or Linux.
3. Download OpenBEXI
OpenBEXI is an open source software WYSIWYG editor now is compatible with Windows OS, Linux and Mac with a browser interface based. It is designed to drag and drop widgets including images, text, graphics, and more. Including FTP upload and allows a server-side scripting. However, it is difficult to get to work when the object is added to the page, and you need to use the server.
It allows to create a Mac style menu, you can make a line, pie and bar charts plus support for RSS. However, it does not support MathML, XPath, or editing together.
4. Download Bluefish
Bluefish is a free open source apps, compatible with Windows, Linux, Mac and BSD also Unix systems. No features a WYSIWYG editor and you can not do the editing together. Bluefish is very similar to Dreamweaver support to develop HTML, XHTML, CSS, etc., and in addition it supports Google Go, Vala, ColdFusion, Ruby and Shell. Bluefish has an auto-recovery after an error in every changes and upload it via FTP, server-side scripting, spell checker and page preview feature.
5. Microsoft Expression Web
Technical support is only available to those who purchase the program, such as the free app now. Microsoft Expression Web runs on Windows only, has the same features and interface similar to Dreamweaver, with WYSIWYG and code panel hard. It has support for the W3C to design for people with disabilities.
Microsoft Expression Web does not support XForms or SVG. Microsoft Expression Web will not be helpful for those who are new in CSS or AJAX, because no features drag-and-dro, drawing tools menu, wizards, or the drop-down list.
6. Download Amaya
Amaya apliaksi free, open source, compatible with Windows, Mac and Linux. Amaya features a WYSIWYG editor, spell checking, preview pages, SVG, and MathML. However, it does not support Frames, Java, JavaScript, XSLT, XForms, RSS, Atom or, with only partial support for CSS2. Requires a high resolution monitor, to see all the features.
No support for FTP, and an intuitive interface, since many key standards such as HOME and END do not move the cursor to the beginning and end of the line who like other editors do.
7. Microsoft Visual Web Developer
The software is free, only supported by Windows, and has a WYSIWYG editor and code view. Supports the same features editor with Dreamweaver but does not offer support for SVG or XForms. It does not offer a color code for syntax and does not have a spell checker, unless you have a paid version.
Microsoft Visual Web Developer features a drag-and-drop, including local testing server to create dynamic web pages, and can open Internet Explorer as a tab in it.
8. Download KompoZer
KompoZer is a free, open-source, which is compatible with Windows, Mac, Linux, and BSD. Features WYSIWYG editor similar to Dreamweaver, also can edit it by hand, but it does not support server-side scripting, editing together, frame, XSLT, XPath, MathML, RSS, Atom, XForms or SVG.
Support for editing of multiple pages open tabs in a single window, built-in FTP, including color picker to take the hex value. However, adding a Flash object is not as easy as with Dreamweaver and not working with Dreamweaver template.
9. Download BlueGriffon
BlueGriffon is a free open source, WYSIWYG editor is compatible with Windows, Mac, and Linux. FTP is only available with the add-on. Supports preview pages, spell checking, templates, web fonts, and includes SVG editor for drawing vector graphics in applications.
Requires separate purchase of some features, such as project managers, CSS style-sheet editor and full-screen viewer; This is to support the future development, but there are a lot of features for free.
Add Comment
download Software
More From Author
Software
Load More