This is best Linux MultiMedia Studio or LMMS is a application that became one of the best alternative commercial software such as FL Studio (FruityLoops) which allows you to produce music with your own computer or laptop.
LMMS can also be used to create your own synthesis and mixing sounds melodies and beats. With this application you are able to play with a MIDI-keyboard and much more. Furthermore LMMS come instrument, plugin effects, presets and samples of music which is ready for use.
LMMS is available for Linux, Microsoft Windows operating system and OpenBSD. The latest version of LMMS has been ported to Mac OS X via MacPorts to be able to work on Mac OS with some limitations.
Download HERE 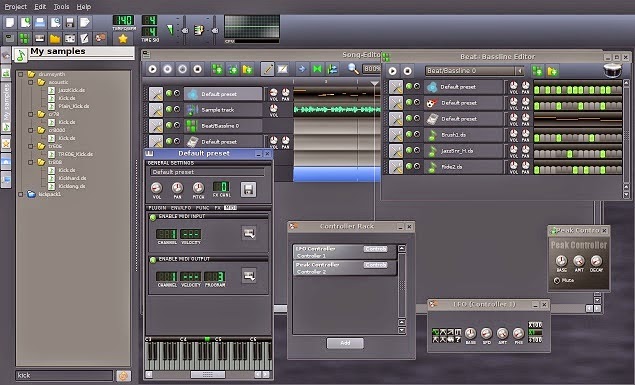