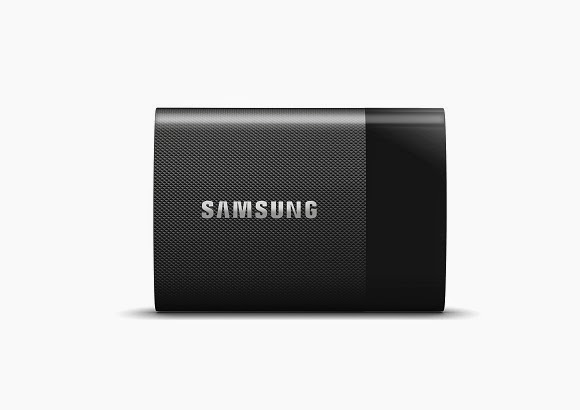 New Hardrive. Samsung Corporation is a large company that does not just make many varieties of products but also create their own components. Electronic components made by Samsung is widely used by other electronics manufacturers for their products is no exception-based SSD storage.
Samsung recently announced their latest innovations in the field of portable storage. Samsung released the Portable SSD T1, an external storage with no longer using the Hard Disk but has been using SSD technology. In contrast to external storage-based Hard Disk which has a fairly large body, Samsung Portable SSD T1 has a very small design and looks so cool.
This external storage using 3D technology NAND Vertical (V-NAND) from Samsung which promises data transfer speeds of up to 450Mbps with USB 3.0. In terms of safety, T1 Portable SSD is already using 256bit AES hardware encryption, shockproof up to 1500G / 0,5ms, and Dynamic Thermal Guard to protect the device from overheating.
Samsung will release this T1 Portable SSD with 250GB variant, 500GB, and 1TB. Lowest price offered is 179 dollars and will be available in 15 countries of Asia, Europe and the United States.
Add Comment
Hardware news
More From Author
news
Load More