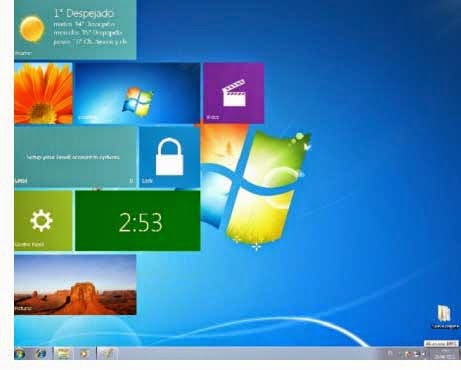 Windows 10 has already been announced, and confirmed that the upgrade to this new version of the OS will be free for all computers with Windows 7, Windows 8 or Windows 8.1. However, it seems that the new browser Windows 10 Project Spartan, could also come to Windows 7.
A new browser. Internet Explorer is no longer the world's best browser. And this situation, which is anchored years, not likely before. Despite the efforts of the company to improve its product in the latest versions, emulating Chrome, users still believe that is the same browser ever, and this is what makes Internet Explorer fails to fight against their rivals. However, Project Spartan is the new browser that could end it. Although not yet have a definitive name, we know that it could be released throughout this year, do not know if Windows 10 or later, although in the case of a browser designed for Windows 10. The latter draws attention because we could today knowledge of the possibility that the browser will also be released for Windows 7.
Project Spartan in Windows 7. At least, this is a possibility that the company has leaked from the IE Dev Chat Twitter, confirming that Project Spartan is being developed for Windows 10, which is the main objective, but will be paying attention to Windows 7 users.
In principle, the upgrade to Windows 10 from Windows 7 will be free for the first year, so it would make sense that users decide to stay on Windows 7, unless it appears to them that Windows 10 is a version of the worst operating system, something that probably will not happen, especially if we consider that the update will be free.
However, users with computer companies and others who prefer not to update the possible work that may lead to the software you use is compatible or not, could run on Windows 7. To this we must add that Windows 7 is the version of the operating system most widely adopted computers, so you can not speak of a massive upgrade until they see if indeed it occurs. Anyway, it's good to know that Microsoft will continue considering Windows 7, even for its new browser, because that means you probably will not forget Windows 7 until the vast majority of users have not updated.
Add Comment
news Operating System
More From Author
Operating System
Load More