An owl in flight is the new star of the Internet. The images captured by a traffic camera a Quebec highway have catapulted to fame this animal after the Minister of Transport of this Canadian province, Robert Poeti, the share on social networks.
Photos, captured by closed circuit television traffic were made at the junction of Highway 40 and Boulevard des Sources, west of Montreal, on 3 January. 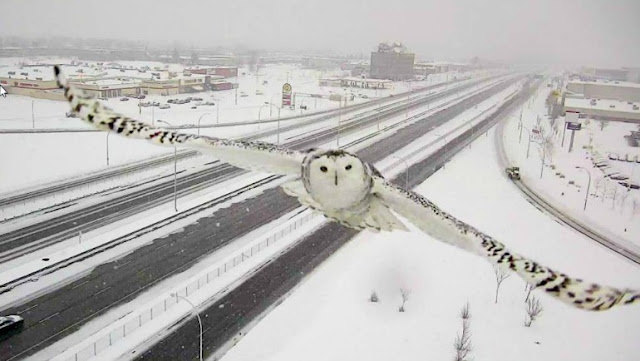 The snowy owl is a symbol of the province of Quebec and is a protected species. 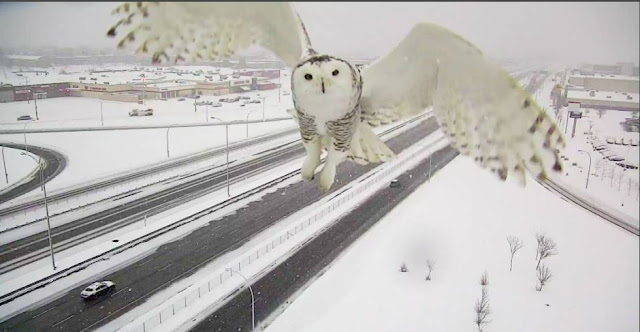 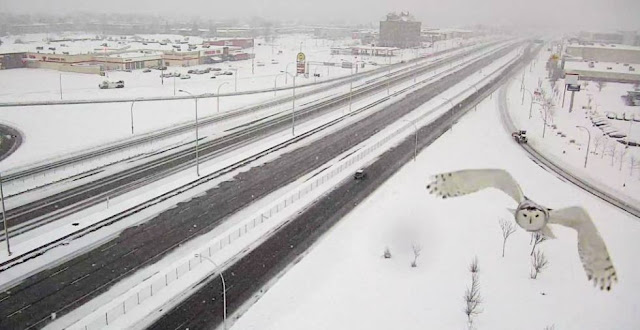 The animal was probably looking for a place to land, explained Barbara Frei, director of the McGill Bird Observatory in an interview in the Canadian public radio. As explained Frei, the Snowy Owls lay eggs north of the Arctic Circle and in winter seek further south to escape the extreme latitudes of the North Pole. Image Credit by: Robert Poeti (Facebook)
Add Comment
Pictures Social Media
More From Author
Social Media
Load More