If the word 'band' shares space in the same sentence with the word 'prison' is easy to imagine that it is a criminal gang. But you know this story below is an honorable exception. This is starring an African prison inmates who were nominated for a Grammy. Yes, there is no error. The prestigious music award, in the category of world music, has considered the hard work of men and women who are inmates at Zomba prison, located in the small republic of Malawi.
This fact is truly historic in Grammy, for the first time persons deprived of their liberty have the option of taking one of the golden gramophones. The paradox of the matter is that if they win, will not dress up or be present at the awards ceremony. The surprise decision, released Monday, was a source of joy for everyone involved in the musical project from prison in Zomba, including the producer, Ian Brennan. "I'm very happy for the prisoners and, frankly, a little shocked by the news ", said the director of US origin to the international press. 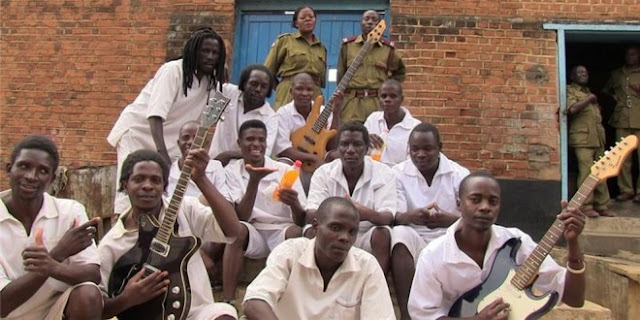 They are some of the prisoners of an African jail who were nominated for a Grammy for his musical work. This is an unprecedented event in the history of the Grammys. Ian Brennan (white man headphones) has been one of the initiators of the project. The musical work that caused a sensation in the nominating jury of the Grammy is titled "I Have No Everything here" (something like 'Do I have everything here'), an album of 20 songs, 18 of which were written by the these inmates of the prison in Zomba.
For these men and women who live in very harsh conditions, as also explained the producer, this musical project has meant a spiritual escape their situation; wings to fly with the music beyond the walls of his prison. Although perhaps many of them remain long in the detention center, anyway they will reach many corners of the world with the repertoire of his album. Seen in this video how the musical project of Zomba prison sounds.
Add Comment
Art
More From Author
Art
Load More