A wedding at least curious was held in South Africa this weekend. The little Sanele Masilela, 8 years old, joined the housewife Helen Shabangu, 61, in a ceremony that brought together 100 people. 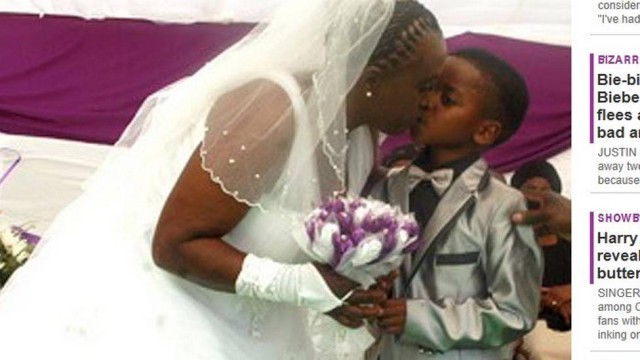 The claim for the wedding, according to the boy's family, it was a child's grandfather's request. "He asked you to marry before he died. He chose Helen because he loves her. In doing so, did the ancestors happy. If we had not done the wedding, something bad would have happened in the family, "said the mother of Sanele, Patience Masilela, 46.
For families, the event was more a ritual, since there was no marriage certificate, and the two do not live together. But the couple came to exchange rings and kiss. And they spent a lot of money on the ceremony, because they believed that was what the ancestors wanted. 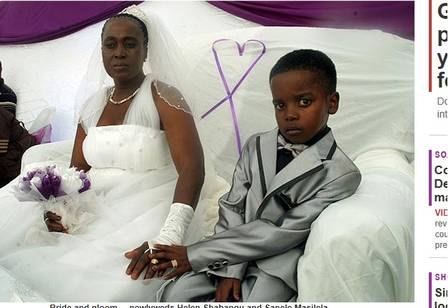 Interestingly, Helen, the bride is already married and has five children. All attended the ceremony. "I'm happy that I married Helen. When you're older, I'm getting married to a woman of my age, "said the groom. Photo: Playback/The Sun
Add Comment
Weird
More From Author
Weird
Load More