√ Are you angry? No, it's contemptuous face - Clamourer Info

Home Science Are you angry? No, it's contemptuous face

Are you angry? No, it's contemptuous face

Scientists have found that the expression that we often make of contempt, it's just an unconscious reaction and no real sense Ever wonder what goes on in the lives of public figures like Kristen Stewart, Victoria Beckham, Kanye West or Anna Kendrick so they always have the face of few friends? Well apparently all suffering from Resting Bitch Face (RBF, its acronym in English). Two behavioral scientists, Jason Rogers and Abbe Machbeth, the Noldus Information Technology, resorted to FaceReader company's software to scan faces with RBF and other expressions without this expression and identify the differences.
After the image analysis, the scientists concluded that more than an internet joke - as the video made two years ago by Broken People Channel - the contemptuous face is an expression that "makes us think twice about every decision when someone does this guy. " 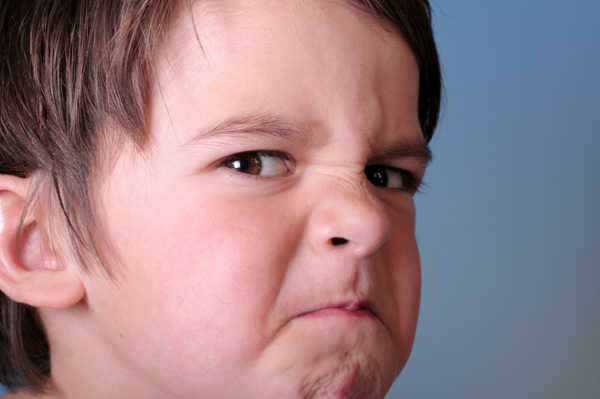 In fact, this expression is an unconscious act and can result even when you are not thinking about anything. And already brought problems to celebrities who are often caught up with this expression. This is the case of Anna Kendridck: "When you take a picture and appear in the background, look at her and think, 'oh my God, what's wrong with me,'" she admitted the actress last year on "The Late Late Show with James Corden."
The study shows that the lack of intentionality these guys a few friends was published in October on the company website , but now the US average gave him echo. The goal of the authors was that this discovery "was fun and not taken too seriously, but he had some scientific data that legitimize" said Abbe Macbeth in Washington Post newspaper.
The software used to analyze the expressions searching over 500 points on the face to detect the signs of various emotions, including those that are not so obvious, such as one that is more present in suffering from RBF: contempt. The typical facial expression is neutral, with only 3% of hidden emotions, including a touch of contempt. However, the RBF the level of emotions almost doubled to 5.76%, with the largest increase recorded in the present contempt level.
"The FaceReader not detected enough contempt to reflect true contempt, because these guys are not truly reflect the feelings of contempt," the investigators on the blog where the findings are published. "It just seems to despise those who see the expression. Thus, it is the perception of this subtle and unconscious contempt sets the RBF."
Although this term be more closely linked to women, men also suffer from this problem. If you think you may be a victim of contempt of guy you can contact the study authors. Just send a photograph which has no particular facial expression for jason@noldus.com email and request a review.
Add Comment
Science
More From Author
Science
Load More