Beyond Pluto: The search for the ninth planet

Unsurprisingly modern science announce a supposed new planet, last week, was even less than that: study released by scientists Mike Brown and Konstantin Batygin of the California Institute of Technology, points only "strong evidence" of a ninth tenant within our Solar System. For a long time, other alleged of massive celestial bodies have been found and even named, and then demoted or had their discarded existence. 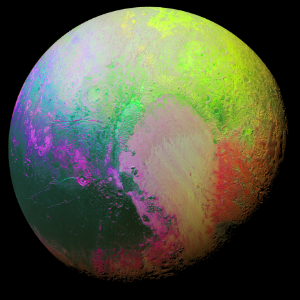 What is a planet?
First of all, we need to define what is a planet. Therein lies the big problem: what is a planet for an astronomer may not be to another. That's what happened when Pluto was demoted to dwarf planet in 2006, and a new classification has been made by the IAU (International Astronomical Union, the Portuguese translation). What a planet now needs to be classified as such in the solar system is as follows:
- Orbit around the Sun
- have enough mass to make it into a spherical shape due to its gravity
- have enough strength to "cleanse" the neighborhood along its orbit, ie not having other nearby objects (other than satellites )
"Boom" of suspected planets in the early 19th century
The early 19th century was the golden age of the discoveries of planets that would later be reclassified as asteroids. They are part of this "family" Ceres, Pallas, Juno and Vesta. Initially, it was thought that they were all planets, after all became asteroids. Until all are in the same area, between Mars and Jupiter.
"It was imagined that there was a planet in that region, but after you think two or three already see that was not the case. There had been a lot of theory of why they were there, they suggested that had a disintegrated planet, but then it was discredited, "explained astronomer Rodney Gomes, the NAO (National Observatory), who" predicted "the ninth planet in a recent study.
Another famous theory of a hypothetical planet is pop culture: Vulcano, which became popular for having the same name as one of the origins of Spock character of the Star Trek series. The truth is that this planet, which would supposedly between Mercury and the Sun, never existed and was nothing more than a theory to prove a change in Mercury's orbit.
"There. It was observing sunspots, and the second thing is that there was a disturbance in the orbit of Mercury. Then Einstein explained this change by the theory of relativity, that there was no need of a planet there. He came to be baptized really but never existed, "said Gomes.
The most famous, of course, is Pluto. Our "former ninth planet" was for years in the history books. Discovered in 1930, it was relegated in 2006 after Mike Brown (the same investigator of the new study) reveal the existence of Eris, a celestial body with the same characteristics, the same size and is in the same location as Pluto, the asteroid belt Kuiper which is after Neptune.
There was discussion whether the two would enter the category of planets, but were reclassified as dwarf planets for allowing other objects have orbits close and not being satellites of any planet. The list of the Solar System dwarf planets grew by winning Ceres (which was considered asteroid) and Haumea and Makemake (called classical objects of the Kuiper Belt, or cubewanos, which were discovered along Eris). In the belt there are various other objects such as Sedna and VP113, for example, whose orbits were used in the case of the ninth distant planet.
Stories go beyond
From time to time, some astronomer claims to have found a new large celestial body in our galaxy, but then his work is discredited. In the hypothetical planet line is the gas giant Tyche, who came up through calculations and would be on the outskirts of our solar system. But the authors of the survey 1999, John Matese, Patrick Whitman and Daniel Whitmire, say they believe that there is something of this size, as the Wise telescope, NASA (Space Agency American), would have seen.
Add Comment
Science
More From Author
Science
Load More