Knows the dark side of broccoli?

Loved by some, hated by others. Such is the life of broccoli and they saw unveiled its dark side. Known to prevent some types of cancer and fight high cholesterol levels, one of the broccoli are functional foods consumed worldwide. And its benefits are so many. Fiber, omega 3 fatty acids, phytosterols, carotenoids, vitamins A, B, C, E and K are just some of the nutrients found in this cruciferous, considered by many specialized publications as a superfood. 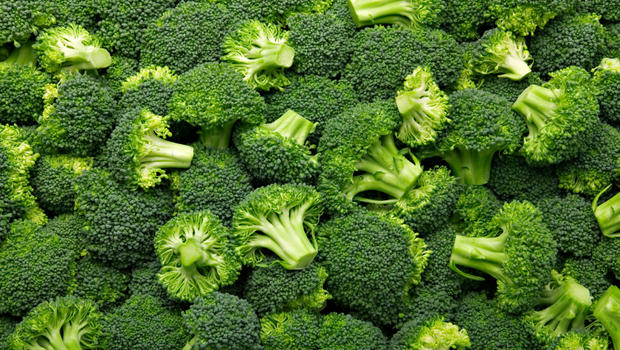 But broccoli have a dark side or two. According to the Spanish doctor David Mariscal, people suffering from hypothyroidism, when the gland thyroid has a malfunctions and produces small amounts of thyroid hormone, should avoid eating broccoli (and any other cruciferous food such as cauliflower, cabbage and cabbage). In question, reads the El Pais, is the presence of substances responsible for the flavor and color of broccoli and having the ability to block the uptake and utilization of iodine, which prevents the thyroid gland activity.
However, consumption of broccoli is not also a cause for alarm. Although the consumption of this food has led to the development of hypothyroidism in rats, an investigation of the University of the State of Oregon (United States) made in people concluded that daily consumption of 150 grams of cauliflower, Brussel (also a cruciferous) had not any adverse effects on thyroid function.
Another dark side of broccoli is its acidity. Says an investigation of the University of Dundee in the UK, the acidity of roasted broccoli is identical the wear level that of soft drinks, can damage teeth. The acidity is lower when the broccoli is cooked and placed in the soup.
People with digestion problems and renal failure should control the consumption of broccoli and avoid eating them while they are still raw. The medical advice is crucial for these situations. But there are more positive aspects about broccoli than those who you want to take a good report.
Although the kind of confection is decisive for the 'good health' Broccoli, in addition to its high nutritional level, broccoli has been in the spotlight because of its medicinal power, though still controversial and in need of further scientific evidence, at least with regard to the prevention of cancer. One of the first scientific evidence came in 2007 and then in  2011 also from the State University of Oregon, which has analyzed in recent years the good side and the bad side of this food. In 2014, the Reuters reported that a chemical found in broccoli and other vegetables can improve the behavioral and social symptoms of autism in young males.
Add Comment
Food Healthy
More From Author
Healthy
Load More