Man dies after struck by meteorite

For the first time in modern history, a man was killed by a meteorite. The case has happened in India, according to The Wall Street Journal on Saturday. One man died and three people were injured when an unidentified object fell from the sky, leaving a crater 30 feet deep, on the campus of the University of Bharathidasan Engineering, Vellore in Tamil Nadu. According to the director of the university, G. Baskar, the object fell on Saturday afternoon near the cafeteria, causing "a noise like that of a big explosion." "It was an unusual sound that could be heard three kilometers away," continued the director. The windows of the classrooms and the parked cars were broken and the students were immediately sent to the home. Classes are suspended until Wednesday. 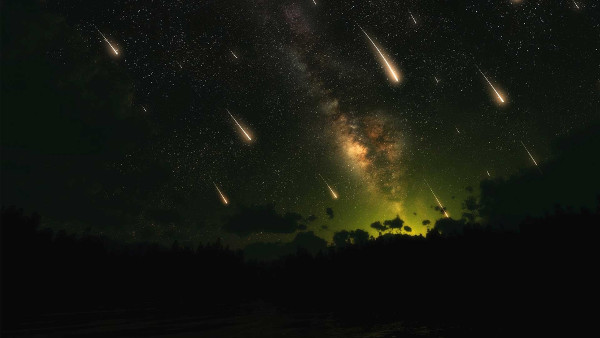 The fatality victim, Kamaraj, was the conductor of the university bus and suffered serious injuries meet the floor near the location where the meteorite fell, when he saw the incident. The other three injured are two gardeners and a student. A confirmation of the rare incident was given by the governor of the state of Tamil Nadul, Jayalalithaa said in a statement Sunday. According to The Wall Street Journal , the statement did not explain the reasons that led the authorities to say that the crater resulted from the fall of a meteorite. Jayalalithaa also said it would give 25,000 rupees, the equivalent of 333 euros to each of the three wounded, and 100,000 rupees, equivalent to 1330 euros, the family of the driver who died.
A meteorite is a piece of an asteroid or comet that can pass through the atmosphere surrounding the earth and fall on the surface of the planet, as explained by the NASA site. The probability of being killed by a meteorite is very low. According to NASA, there are records of deaths caused by meteorites falling on Earth in the last 1,000 years.
Sunjan Sengupta, Professor of Astrophysics Institute of India, explained that "if a large asteroid enters the Earth's atmosphere, it will disintegrate and go in different directions and like most of the earth's surface is covered by water, will probably fall into the ocean ".
Add Comment
World
More From Author
World
Load More