The video of a policeman from Serbia, which has not yet been identified, caught playing with a group of children in a refugee camp is a hit on Facebook. The playful snowball war was published in the network of the local coordinators, Nemanja Božović on the last day 5 and seen more than 1 million times until the night of Friday. 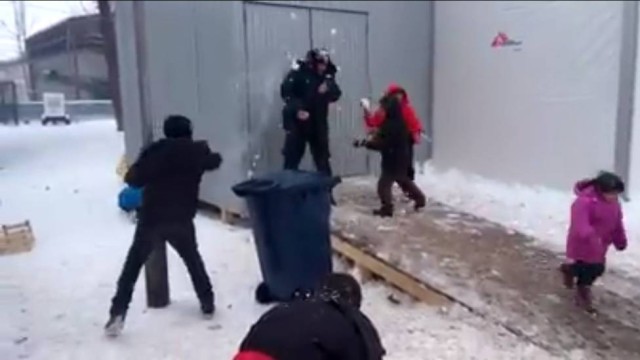 "A group of children in a Belgrade refugee camp, received a chance to be kids again. An incredible sight, thanks to a little snow and a policeman in a good mood, "wrote the English user Colin Campbell Kevin in one of almost 7000 Video shares.

According to the Serbian newspaper "N1", the camp welcomes groups who are passing through the country and that will follow train trip to Croatia, neighboring country.
Add Comment
Social Media Video
More From Author
Video
Load More