The EU ambassadors warn that Venezuela can not fight Zika

The ambassadors of the countries of the European Union in Caracas, including Spanish, have signed a report claiming that Venezuela is experiencing a "critical" situation in its health sector and is not prepared to deal with an epidemic virus Zika scale, published ABC Spain. The report, which begins by noting that Venezuela walks to the deeper political, economic, social and security crises in recent history, stops to analyze the health situation and highlights the "serious shortage of medicines and medical supplies" and the deterioration of infrastructure. 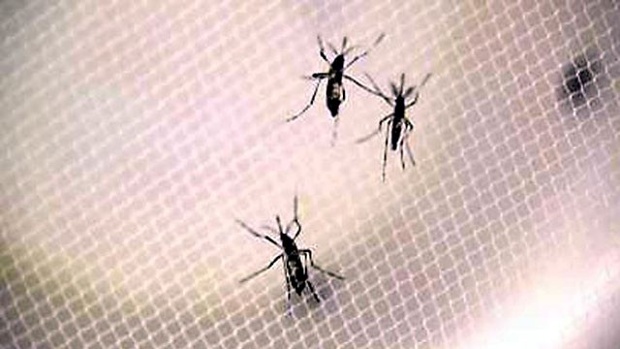 Specifically, it refers to the lack of basic medicines in many pharmacies and notes that this is favoring the importation of counterfeit or expired medicines, representing an added health hazard. In this context, the report drawn up following meetings with experts from NGOs Codevida, Solidarity and Provide, stops in danger of extension of Zika virus in Venezuela, which he says is especially concerned to neighboring countries such as Brazil and Colombia.
Difficult detection
The diplomats added that in the current context, it is difficult to make clear estimates on the number of affected by the virus in the country and said that although health authorities allowed 4,000 cases recognized by the national laboratory responsible for the detection, there keep in mind that because of the shortage of reagents, the working capacity of the center is very limited. Epidemiologists and NGOs estimate there could be some cases of Zika 400.00 in Venezuela.
The statement said later that while the Venezuelan National Assembly, controlled by the opposition parties said the situation "humanitarian health crisis", the Government of Nicolas Maduro, remains in a "state of non-recognition" of that crisis and ensures that everything goes well the health sector. The ambassadors believe to admit otherwise would be to accept that the Bolivarian revolution is failing.
On day 18, one of his speech, Maduro referred to Zika and said that within 72 hours, had been importing medicines against the virus "for all", which has been challenged by opponents who consider that is not true for the 400,000 cases estimated to exist, but, at most, for officially recognized by the government. Recently, l to health minister even admitted 4,700 and Maduro himself said that he had "5,221 cases suspects, of whom 68 people have complications and are in intensive care." By not admitting the existence of an epidemic, the Bolivarian authorities have deployed prevention campaigns or information about the disease and, although perform some spraying to eliminate the mosquito vector and other Zika desease are few and erratic.
Propaganda accusations
On the contrary, as he often does, Maduro's government insists that the allegations about the existence of epidemics and health crises are part of unconventional warfare propaganda domestic and international counter. The European ambassadors report shows that some elements make it harder to combat the plight of healthcare in Venezuela. Among them, he cites the fragmentation of the public health system, with no central authority at national level, which also complicates the distribution of medicines.
Also it highlights the fact that at least 6,700 doctors from different specialties (20 percent of the public health system), have left the country, while there is a shortage of nurses 60 percent. In view of these shortcomings, the report proposes that deemed possibility of providing assistance to Venezuela, among other things, sending and distribution within the country of medical supplies and medicines.
Add Comment
Healthy World
More From Author
World
Load More