This object is 570,000 million times brighter than the Sun

It is a very distant, unusually bright object appeared in the sky for the first time in June. Described in a study published Thursday in the journal Science, the researchers believe it is a supernova. The largest ever observed, surpassing what was thought to be the limit energy released by the explosion of a star. 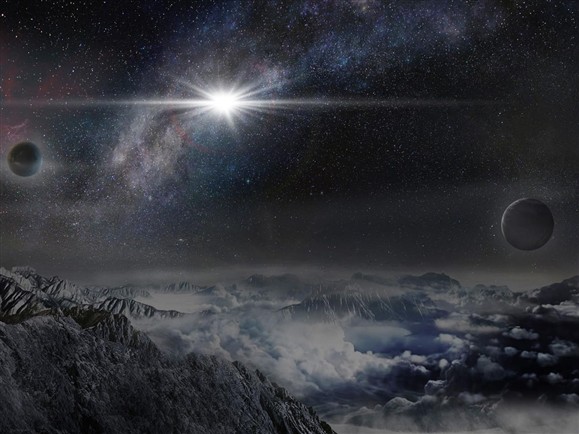 The explosion discovered by researchers who used the All Sky Automated Survey for supernovae, project coordinated at the University of Ohio State, is 570,000 million times brighter than our sun and 200 times stronger than a normal supernova. As highlights the Washington Post, this object, called ASASSN-15lh is 20 times brighter than all the stars in our galaxy together - but only measures 16 kilometers across.
A supernova occurs when a massive star reaches the end of its life cycle and explodes, sending staggering amounts of energy and light. In this case, however, the ASASSN-15lh should have a huge star at its center. The researchers who wrote the scientific article describing the object hypothesize that it be the supernova of a neutron star, a type of star with a powerful magnetic field, which could help to amplify the explosion of the star. But even this hypothesis comes to be called into question by the huge size and brightness of the subject in question.
"It's a big challenge to explain this object with one of our most popular models for the engine of a superluminosa supernova," explained the newspaper Washington Post lead author of the study, Subo Dong, astronomer at Peking University.
But its size and brightness also make it easy for astronomers and physicists who study it. "The good news is that the ASASSN-15lh is brilliant, so it's relatively easy to obtain high-quality observations," said Dong. "I am sure that in the near future we will see it much better."
Add Comment
Science
More From Author
Science
Load More