US Vs South Korea: The battle for marching bands

Who the said US and South Korea never fight? This time they declare to war on drum fight! On the one hand, wearing red uniform, the marching band Army of South Korea VS Republic of Korea (ROK) Army Band. 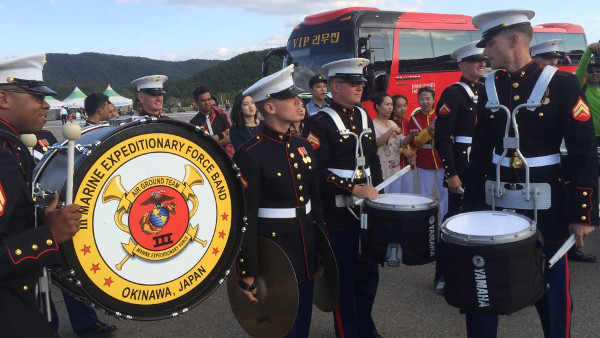 On the opposite, navy blue uniform, the marching band of the armed forces of the United States - III Marine Expeditionary Force (III MEF) Band. On this video we are gonna see who will win the battle.
The "Battle" took place on South Korean, where the US military provide services to the local army at war with neighboring North Korea. So we only can hope the North Korea see this video and in the future they war only done with marching bands, not with nuclear bombs!
Add Comment
Video
More From Author
Video
Load More