Why we laugh when someone falls?

In movies, on television or in real life. A fall is always laugh reason. It's not lack of education, is sense of humor. This is how the experts argue how often people laugh when they see someone fall. "Laughter appears when, in place of cognitive rationality in our brain, is an incongruity. Then a controversy arises, to be detected by the brain, leads to the release of dopamine as a reward, "he explains, to El País, Manuel Arias, neurologist and Humanities Group coordinator of the Spanish Society of Neurology (SEN). 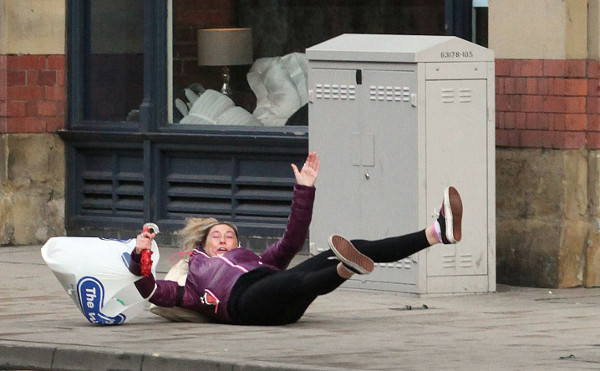 Laughter is the mirror of sense of humor, something that is present in all people, but it can take many forms. "Each person has his sense of humor. It depends on the culture we grew up, family, friendships and own biography and personality, "says psychologist Eduardo Jáuregui, co-founder of the Spanish consultant Humor Positive.
But while some laugh than is common and banal, others laugh at than ironic or imply an intellectual game. However, there is one factor that causes both laughed: falls.
"I do not think there are different senses of humor, there are only different cultures. The essence of the joke is the same everywhere, "says teacher and comedian Carlos Ramos, who also said that, although there is a universal joke, a fall causes always more laughter than other situations.
And before a fall, the damage can be greater for the ego than to his knees, he concludes. But with or without fall, laugh is always the best medicine.
Add Comment
fact
More From Author
fact
Load More