Eric Xavier and Adam Burton, two European tourists visiting Peru, have been arrested by the police authorities of Machu Picchu after taking nude photos in one of the most emblematic ruins of South America. For some years, the Western tourists have established an unwritten rule challenge the heights and take naked pictures in Machu Picchu. The two Europeans, a Briton and a Frenchman, went Wednesday to the emblematic Peruvian ruins to show off on social networks without clothes. 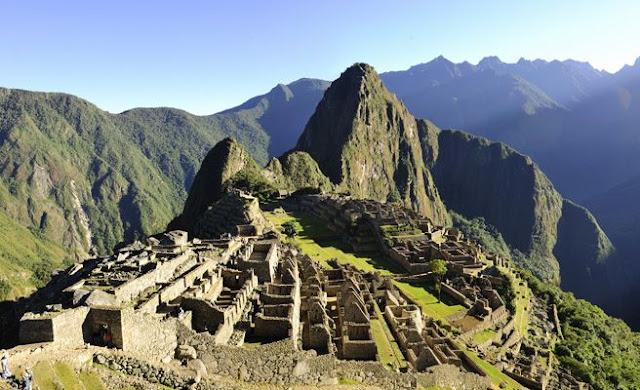 However, the pics show their face. A group of vigilantes Ministry of Culture caught them with 'hands in the dough'. Tourism police was responsible for these issues joined in the agricultural area of ​​the archaeological park to stop for "offenses against morality".
Specifically, Eric Xavier and Adam Burton decided to visit a path recently opened and was being finished off by some workers in the area, which could also lead to discover them.
Now, Young people between 23 and 28 years, respectively, face the local jurisdiction, which decided to classify these episodes as a crime because the vast majority of tourists had become "a habit , " according to police agents.
Add Comment
Damn Weird
More From Author
Weird
Load More