At twelve, he became CEO of Toys

In the dream jobs series, the jackpot has been won by a Canadian! Just 12 years old. Emile Burbidge has been officially named CEO of Toys R Us in Canada! For this young Quebecers of St. Bruno, who was in contention to face hundreds of candidates, no question of preparing budgets, implement the business strategy and marketing.
No, the boy will officially be president "entertainment" General of the Canadian sector of the US group. For a year, he will have the tough task of testing all new toys, games and gadgets fresh from the factories. To him give his favorites, to make recommendations. "We created the CEO position because as a Canadian reference in the world of toys, we know that children are best placed to teach parents and those seeking the right gift for the most popular new toy, "says the dealer. 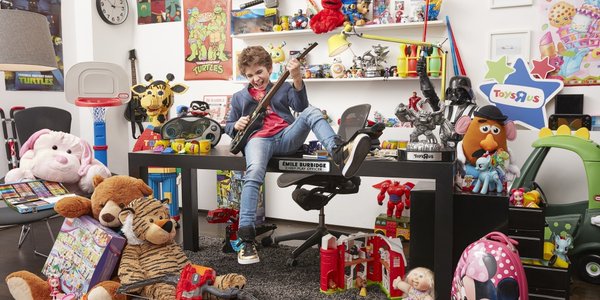 According to his family, Emile will be paid in dollars and toys. for now, the toddler is dedicated to visit factories of toy manufacturers. And it still does not return. "I feel like the luckiest kid in the country and I still can not believe that Toy R Us Canada has chosen me as CEO. I know this is a very important position, which means that I will do everything to be the best CEO that they have known until now, "he said. Meanwhile, toy merchant satisfied with his recruitment: "the enthusiasm and outgoing personality of Emile are contagious. We believe it will be an important addition to our team."
Add Comment
Awesome Luckiest
More From Author
Luckiest
Load More