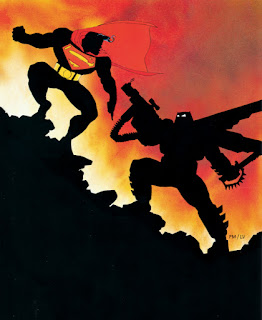 The premiere of 'Batman v Superman: Dawn of Justice opens a new cinematic universe that drink from 70 decades of comics. We understand the imperative to go over what happens on the screen and what is coming works. Wonder Woman: Mythology, feminism and what 'bondage'? The origin of the Justice League
"You start to get the idea, Clark. This is the end for both. We could have changed the world. And now look at us. I have become a political liability and you. You're a joke. I want you to remember, Clark. in all the years to come, in your most intimate moments. I want you to remember my hand in your throat. I want you to remember the only man who beat you." They are words spoken by Twilight Bruce Wayne, who gives life to a rotund Batman does not want to leave the underworld without leaving clear Superman (sold to power of Ronald Reagan immortal), who rules Gotham City. What he chronicled, with a major force in prose and stroke a Frank Miller in top form, escorted by not always recognized in perspective Klaus Janson and Lynn Varley. Together they lifted the return of the Dark Knight, essential comic unstoppable for good and bad in the years following the year of 1986 influence. Published by ECC Editions, it is treated in a work that, thirty years later has been reflected his most iconic images in the controversial film Superman v Batman: The dawn of Justice.

Batman VS Superman
From the armor with which Wayne confronts the Man of Tomorrow to the lightning that illuminates one of his jumps, through the string of journalists and pundits who poke her face on celluloid, it is not hard to imagine Zack Snyder, controversial director film, giving dozens of references to the work of Larry Fong, his favorite director of photography. Although arguably not drink much of it as could be guessed at first, by the hands of Fong surely pages fell Brian Bolland in Batman: The Killing Joke. In it, the meticulous British artist who got his neighbor Northampton put his hands for the first time in Bat Man. It was Alan Moore, who had written shortly before the latest Superman stories before Crisis on Infinite Earths, whose presence still casts its shadow over the DC Universe, both in comics and in the movies.
Frank Miller Alan Moore 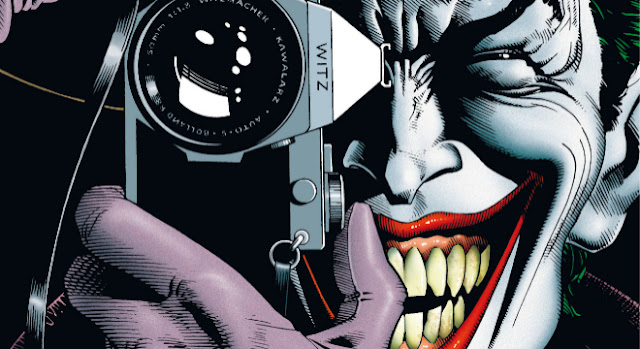 Bolland, who succeeded Moore would join Miller under the mantle of the bat, which drove in the final stretch of 80 with two works that today are still on every library worth its salt and affected, for better and for evil, to the conception that the superhero genre has of himself. However, the famous writer of the colossal Watchmen did not end very satisfied with the end result of their work. But 28 years after its first edition continues to cause endless discussions about its conclusion. "My intention at the end of this work was to have the two characters experiencing simply a brief moment of lucidity. In its constant relationship, very strange and probably fatal among them, they have reached a point where both perceive hell in them, and can only laugh at an absurd situation. "And the story is about the supposed origin of the Joker and reflection about whether a bad day can break the principles of a good man. A disquisition enhanced today by the new color applied by Bolland own (available in Spain a recent edition luxury), leaving aside the warm colors of John Higgins (and yellow oval Batman) to embrace a grim touch and dark. Change does not weaken one of the most famous (and hard) scenes from the history of DC Comics and does not solve the question of whether someone dies on the last page.
Batman XXI century 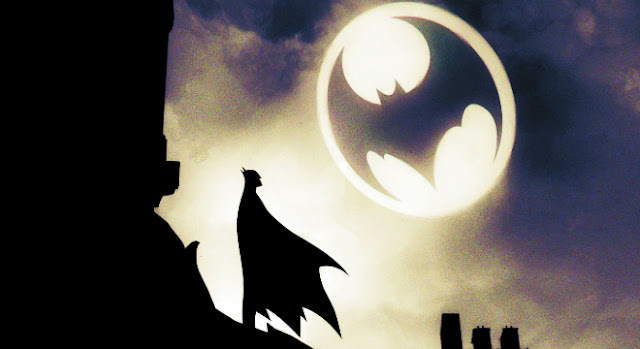 If, as reflected critic Pedro Garcia, with his stories about Fledermaus "Miller looked to the future and Moore focused on the past", he remembers that the character continues to appear in the present. And live a stage linking success with critics and audiences thanks to the work of writer Scott Snyder (no relation to the Zack director unless it is known) and artist Greg Capullo, artistic couple who, although separated shortly, will leave a legacy of which is quite speak. At the moment, in our country we have been collected in two volumes the beginning of his time: Batman: The Court of Owls and Death of the family. In the first, the Bat Man discovered during the investigation of a murder aberrant the existence of a secret organization associated with urban legends of Gotham. In the second, the story leads to the deranged mind of the Joker to calibrate from there his relationship with Batman. The comic is part of the new continuity of the DC Universe, as at the time it was the Year One of Frank Miller and David Mazzucchelli (probably the best comic that has become Batman) but that fact does not alter the adventures of the character and hardly noticeable in the absence of his black pants. Snyder, therefore, plays with past clashes between the Crime Clown and his eternal nemesis, who sometimes reminiscent of Denny O'Neil and others at Steve Englehart. His Joker is a murderer. And a maniac. And it has torn face, stuck with leather straps. A stage thus showing a more human hero who overcomes testing suffering falls, rises and other than cause, feel the fear. It does two unsettling adventures for uncomfortable moments, but engaging with his narrative crescendo, which perhaps you can blame something demure end.
Superman Light 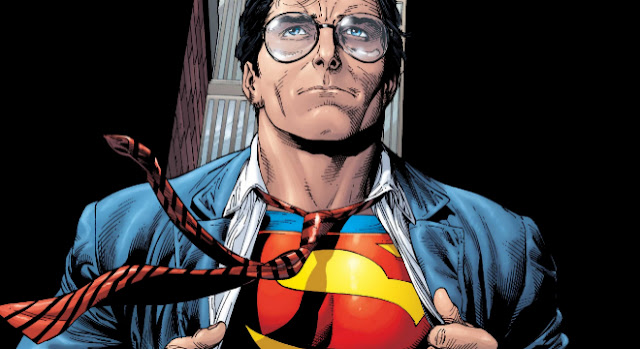 One of the most criticized by opponents of Batman v Superman: Dawn of Justice is the darkness that surrounds the Last Son of Krypton, already present in Man of Steel and does not match the usual canon of the character. For many fans, the true Man of Tomorrow is found in The Four Seasons of Jeph Loeb and Tim Sale. A Superman like something out of a painting by Norman Rockwell, who was educated in a world of noble men, women with powerful principles and driven by greed that feeds envy. The work counts as a spring, Clark Kent must leave behind adolescence and family life in Smallville to make the leap to Metropolis and shape their future.
Each station sewer has a narrator: Jonathan Kent, Lois Lane, Lex Luthor and Lana Lang are happening when accompanied by words the stunning artwork of Sale, deliciously colored by watercolors Bjarne Hansen, achieving a perfect union when embody universal themes like friendship, love, fear, uprooting and, of course, the family.The first steps of Superman to modern times was also adapted in the origin of Superman, with Gary Frank that revives Christopher Reeve in each frame of this work, published at pages / price ratio unusual in today's market: 224 pages for 7.95 euros. The reasons are weight: for a few years (the work eventually published in 2009) the official canon became the films of Richard Donner with touches of Smallville. A screenplays, Geoff Johns, an author who has managed to jump from the comic film scene and is now working closely with Ben Affleck, who it seems to star in and direct the next film in the new film Batman.
A son of Krypton 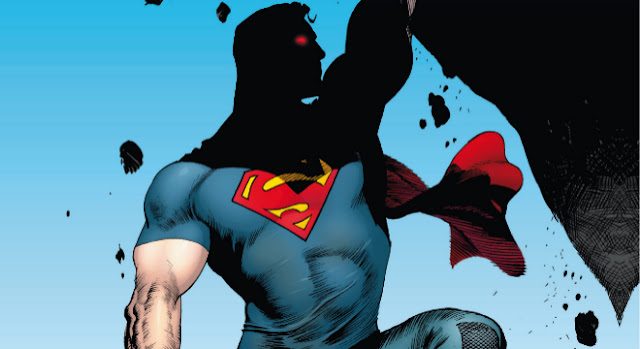 But what we see Superman in the movies, where is it? Removing the details reminiscent of Superman born in the USSR presented at the highly recommended Red Son, of Mark Millar and Dave Johnson. But Superman without red underpants on the outside (the scarlet like its increasingly present heat look to have passed) comes from the restart DC Universe held in the New 52 / The New 52 and for which the publisher turned to Grant Morrison, writer probably the most personality of the current scene. Loved and hated, admirer and rival Alan Moore, Morrison is a unique character who could not resist the temptation to create their own vision of the first superhero. It does in Superman and men of steel, moving to present the vindictive character of his early adventures in the late 30s, when it was still controlled by its creators, Jerry Siegel and Joe Shuster. After facing which for many is the definitive version of the character (All-Star Superman, by the artist Frank quitely) Scottish writer, with the help of Rags Morales and Andy Kubert, gives the character a mix of current and freshness that no reneging on the roots. And, before taking the meshes, the numbers that went with layer, but in jeans, boots and T-shirt, Morrison Clark Kent would have voted in can or, failing that, to Bernie Sanders.
Chronicles of the Trinity 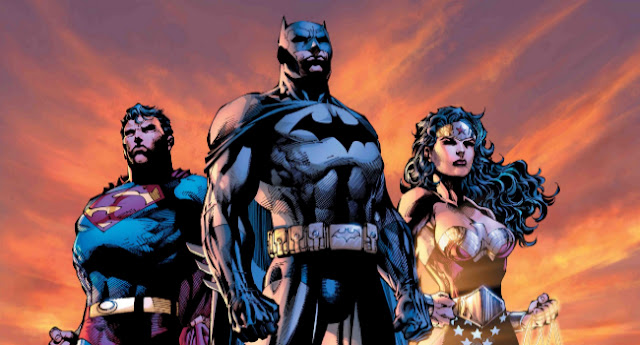 To understand the end of the movie is also necessary to know the concept of the Trinity in the DC universe (well, and some other comic that would be spoiler). It consists of Superman, Batman and Wonder Woman, great feminist character and mythological load that recently we devote a separate report. Their relationship comes from afar, but the fail of the title itself is recent collection. It is Chronicles of the Trinity ( four volumes published in Spain so far ), an anthology that brings together three characters. Though really only share space on the back cover.It may surprise you, but this is a nod to the past: it is the best way to pay homage to The World's Finest, legendary collection that began publication in the Golden Age of comic-book and that mixed but not gathered Superman, Batman and Robin inseparable. Heroes only the faces on the covers looked until 1952. However, Chronicles of the Trinity is perfect for those who want to enjoy small short stories of these characters, made ​​by artists of proven category, if Peter Milligan, Steve Englehart, Mark Evanier, David Lapham, Chris Prouse, Mike Mignola, Steve Rude.
The best of the world 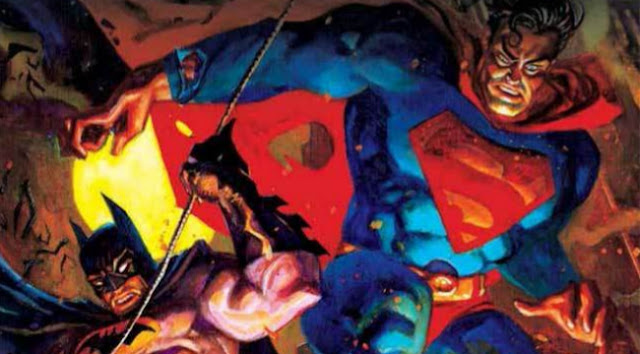 When we talk about Batman and Superman they were not found until 1952, it should be noted that they did in The World's Finest , but on the 76th of savior of Metropolis. Confrontation which is then transformed into friendship and that would be exploited in dozens of meetings (the new film also drink a lot of one, which takes place in The Man of Steel of John Byrne ) and the Justice League. To not pass the reef in 2003, DC Comics joined the two emblems in a separate collection: Superman / Batman. Mented with scripts and Jeph Loeb and drawings of Ed McGuiness in grace, both narrated the long six numbers linking points and separated the Kryptonian and the defender of Gotham. They did it in a singular moment of his universe, when Lex Luthor, the worst enemy of the Man of Tomorrow, was the president of the United States, hence the title of the adventure: Public Enemies.
Fresh and fun (although widely criticized at the time) the saga is full of cameos and contains the always stimulating presence of Darkseid, a character who will be talking in the next film production. In our country can be found in a collection which includes the first 13 numbers and special, which also involved the ill fated artist Michael Turner and Pat Lee. But The World's Finest is not a forgotten term. In the 90 it was used for several comics, including the miniseries Legends of the best in the world of Walt Simonson and Dan Brereton. Now that is discussed rabidly online by the darkness and the tone has decided to DC / Warner Bros. his cinematic universe, it is good time to immerse themselves in reading a play about the confrontation between the symbolism of both characters. Because, as explained Simonson himself in the preface to his work 20 years ago, "there is still something very instigator, even natural, to unite the Man of Steel and the Dark Knight. Because, despite the gulf between nature both his abilities as your adventures, the two they still represent opposite ends of the same spectrum."
Add Comment
Culture
More From Author
Culture
Load More