Navy rescues a lost dog at sea for five weeks

This is a very unusual relief operation. The US Navy has assisted this week in an unusual castaway on a remote island: Luna, German Shepherd a year, missing at sea off the coast of San Diego (California), presumed dead for over a months, notably ABC reported.
"There are five weeks she went overboard from his own fishing boat, about 2 miles (3.2 km) from the island of San Clemente," said Naval Base Coronado on Facebook where she has posted several pictures of the animal. This week, the dog appeared to berthing Navy personnel on the island located 127 km from the mainland. "She was emaciated, but unharmed" after "five weeks of survival in difficult terrain," said the base, adding that she was transported by air to the base of San Diego.
Luna, who has piercing blue eyes, was entrusted to a family friend, waiting for its owner to return from a business trip this weekend. He had sought the help of the basic Coronado to find his dog after a few days of fruitless searches and intense, was considered dead at sea. 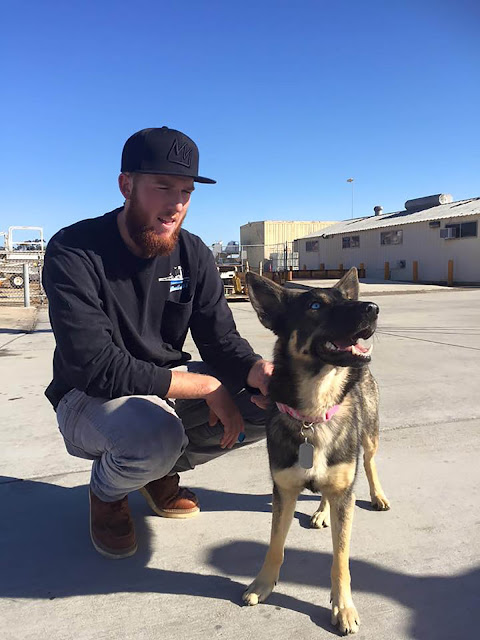 The owner "said that Luna was a very good swimmer and he was 90% sure it would make for the mainland," said Sandy DeMunnik, spokesman for the naval base, on ABC. "Our staff has searched the island, in vain," she said. Tuesday morning, arriving at San Clemente, of the Navy staff were welcomed by Luna. "They saw Luna sitting on the edge of the road, tail wagging." San Diego (California, USA) on Wednesday. This dog finds a friend of his master, more than a month after his disappearance.
Add Comment
Awesome Video
More From Author
Video
Load More