People hear the trumpet noises coming from the sky? Not so sure bro!

Since publishing this article, other mysterious sounds (equally dubious) would have occurred in Morocco. Viral inspector was another article about it. Misery... even this? Viral inspector believed that news had died in 2012 or 2013. But now several media were still out on the "new" that people around the world hear mysterious trumpet noises coming from the sky, hundreds YouTube videos in support. We are told that this is a global phenomenon which some attribute to the end of the world (because of the mention of trumpet sounds in the Apocalypse of the Bible), or even to other aliens to test DARPA, the US agency for military research. 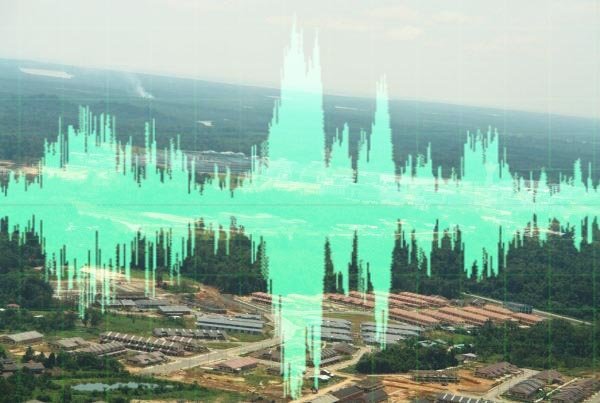 The most sensible explanation that gives us in these articles comes from NASA (well, another American agency!). The latter reportedly said at the Metro UK site (not to be confused with your favorite Montreal newspaper) that the sounds are due to radio frequency emissions from the Earth. "If humans had radio antennas instead of ears, we could hear all kinds of strange noises coming from our planet," said a NASA specialist.
But the inspector suspects that the journalist may have misunderstood the NASA representative, since it would explain nothing sounds that people hear say. Planets emit radio frequency well, but as our expert says NASA humans can not hear them directly. Anyway, for the inspector, the answer is so obvious, is it the only one to have grown up in a town where there is a railroad? kind of noises were taking place every day, and nobody caught (by notice against YouTube and even the Internet does not exist at the time, which betrays the age of the inspector and explains also the absence of the effect of spirit can have the legendary vidéo sharing site).
Consider some of the videos that are most often shown as proof of the existence of the phenomenon. You can then decide for yourself if there is something mysterious in this case (you can also listen to this video in English of White Christ that belies detail several videos circulating). First video: one, which is from Kiev, Ukraine, and which generated a little less than 4 million views:
Wow! It's weird! In another video published by the same person and filmed in the same place, she admits is meant "civic work" (cursed Google translator). They are therefore construction noise. Simple and effective way of explanation. A small comic took the soundtrack to this video and used it to make their own trumpet noise videos. Listen to the previous video from 2:18 and then listen to it, filmed in Texas and often cited as further evidence of the phenomenon:
It's the same sound track! So not only this video is a hoax, but it is also convincing evidence that being an actor is difficult. And that's not the only one. This video also filmed in Manitoba, uses the same soundtrack. You understand that the spirited effect mentioned by the inspector has influenced many people in search of attention and screenings, and pushed them to create hoaxes. This surely explains why there are so many videos. This is less the symphony announcing the Apocalypse and more a symptom of contemporary narcissistic culture.
Here is another one, filmed in the little town of Terrace, British Columbia in 2013 and has tongues wagging:
Even our CBC's colleagues have investigated. Their explanation: the city says that the noise was caused by a worker who affilait grader. The woman who shot the video does not. A surfer went Terrace filming near where the woman lives, and he also heard mysterious noises, but we see towards the end of the video the sound comes from a grader who is working to build a park to skateboard.
Add Comment
Damn Weird Wtf
More From Author
Wtf
Load More