Eating chocolate is good for brain 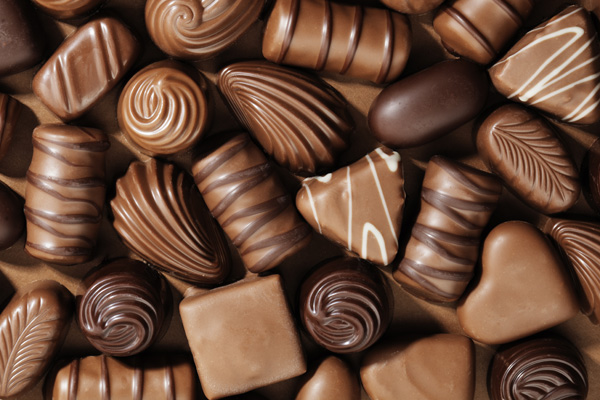 This is a great news for chocolate  lovers: a recent study (1) shows that it would be good for the brain. In the mid 1970s, the psychologist Elias Merrill began tracking the cognitive abilities of just over 1,000 people in the state of New York. The initial objective: to study the link between blood pressure and cognitive performance. And this is what they have done for decades.
But 40 years later, they had the idea to focus on the participants' food and then incorporated into the study a questionnaire on eating habits. The responses revealed something interesting: a positive association between chocolate consumption and cognitive performance.
"We found that people who ate chocolate at least once a week tended to have better cognitive performance," says Merrill Elias, "is significant and it affects a number of areas." For example, eating chocolate is associated with a better visuospatial memory, a better working memory or a better abstract reasoning.
Specifically, chocolate lovers will better would remember a phone number, the content of a shopping list or be able to do several things at once. Why chocolate he improves cognitive skills?
We can not say for sure, but it would be through the flavanols contained in cocoa, a sub-family of flavonoids, which are antioxidants. These have a positive effect on the brain. Other psychoactive compounds known to stimulate the brain, such as methylxanthines, are present in chocolate and could cause those results (2). According to Merrill Elias, research will not stop there. For example she will have to look separately the consumption of dark chocolate and milk chocolate.
(1) Georgina E. Crichton, Merrill F. Elias, Ala'a Alkerwi, Chocolate intake is associated with better cognitive function: The Maine-Syracuse Longitudinal Study, doi: 10.1016 / j.appet.2016.02.010
(2) Elizabeth A. Gaffan, Peter J. Rogers, Hendrik J. Smit, Methylxanthines are the psycho-pharmacologically active constituents of chocolate, November 2004, Volume 176,  Issue 3, pp 412-419
Add Comment
Healthy
More From Author
Healthy
Load More