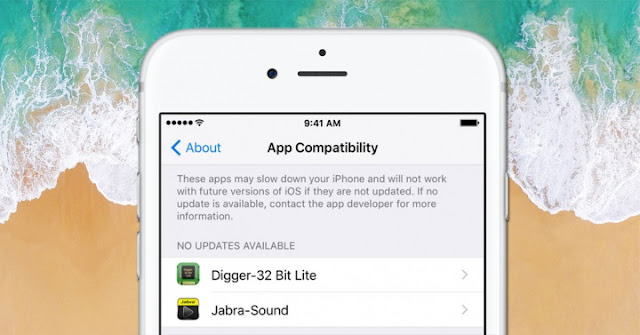 The iOS 11 will be a major leap for Apple's software platform. The list of novelties is extensive and affects the entirety of the system. Among the changes introduced by the company is the suppression of compiled apps with only 32 bits. And is that Apple will not accept in the App Store software that is not adapted to the 64 bits. This is a problem for users, who can see how their most used applications stop working after the next system update is installed.
Apple has released today the eighth beta of iOS 11. An indication that the final version is very close. In fact, the companies predict that the Cupertino will present the new iPhone 8 and the iPhone 7s and iPhone 7s Plus next September 12. If we stick to the dynamics of the brand, then iOS 11 will be released as OTA update officially. Right from that moment, users can take some rather unpleasant surprises to see that some of the applications for iPhone and iPad do not work.
How to detect 32-bit iPhone applications
And iOS 11 will only support applications compatible with 64 bits, so all those that have not been updated and only have support for 32 bits, will be disabled. If you're a regular to popular apps, very popular, you probably will not suffer this bad because they have already been adapted by their developers. However, at this stage there is still a significant volume of apps that have not been revamped. 32-bit iPhone apps 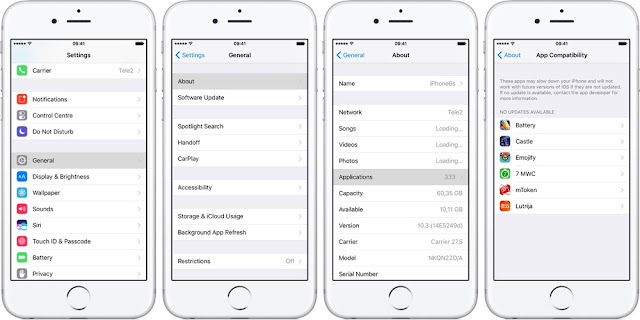 What are those applications? There is no official list with all these, however, you have the possibility to check which of those currently used on your iPhone or iPad under iOS 10 will not be compatible when you install iOS 11, if your iDispositive supports the installation of the imminent Apple update.
32-bit iOS apps disappear from App Store Search
The trick that we can use to find out if we have installed and used some 32-bit application is to go to Settings, General, Information, Applications. In this section will be numbered the apps that have support for only 32 bits and will stop working with iOS 11, unless the developer of the same updated at the last minute.
According to some studies, about 190,000 applications of the 2.4 million App Store still lacked 64-bit support. During the last few months, the updates have intensified, but with just a few weeks left for the release of iOS 11, it does not appear that this digit is going to decline significantly. So with the above method you can predict which applications for iPhone have a high probability of not working because they are not compatible with 64 bits.
Add Comment
Apps iPhone Misc
More From Author
Misc
Load More