Taking pictures in backlight: Great mood for your photos 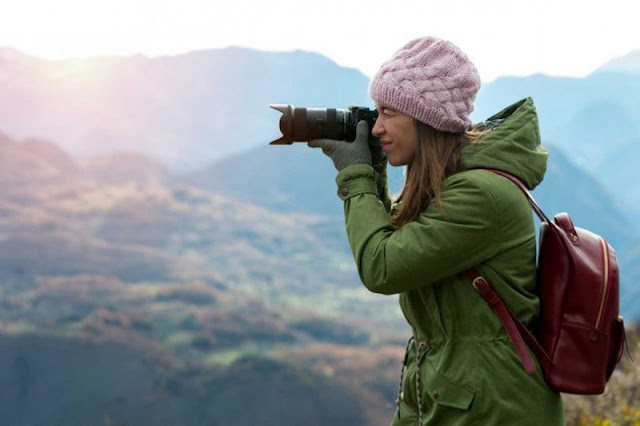 "Never photograph in backlight!" This warning may sound familiar to you. Because often fail images that are photographed in backlight. The backlight on your photos can conjure up a very special atmosphere. You just need to know how to play with the backlight.
The fact that one should only photograph subjects with the sun in the back, is now an outdated fairy tale. When photographing, many photographers consciously use the backlight to bring an artistic aspect into their photography. Because with the light that falls frontally on the lens, you can achieve great high-contrast images that are very different from the "normal" images.

What is the effect of the backlight when taking pictures?

With the sun in your back you can not go wrong to take a nice photos. The sun optimally illuminates your subject, but the shot lacks dynamics later. If you take a picture of the same subject but with backlight, you will see that you have taken a completely different picture. More contrasts come into their own, in a portrait photo the skin color looks much softer. The problem: with the backlight also quickly unwanted shadows on your photo, which makes the picture look very dark.
If you do not want to anchor shadows created by backlighting as an artistic aspect in the photo, the shadows are usually disturbing objects. You can avoid this, for example, with a side light, a headlight or an external flash. In addition, you should try not to photograph the sun directly with the subject, as this will greatly underexpose all other subjects. So try to cover the sun directly through the subject.

Adjusting the camera: No automatic function for backlit subjects

If you shoot in backlight, you need to switch your camera to manual mode. If you take pictures in the backlight in the automatic mode, the camera automatically orientates itself at the light source, ie the sun, and arranges these as very bright, so that all other subjects are automatically underexposed. In manual mode this does not happen. Set the ISO value as low as possible, ie to about ISO 100. First set the aperture to f8 and then play with a closed or open aperture. You should also switch off the automatic white balance or set to "sunlight".
A lens hood is also recommended to avoid unwanted reflectors. With spot metering, you can better measure the individual light levels and determine which light value the camera should use. When photographing in backlight, you should then perform spot metering at a medium light level, not at the light source itself.

Subjects that you can photograph in backlight

Each motif can be photographed in backlight, but only certain subjects make your picture to a unique shots. For example, try photographing the leaves of a tree backlit to reveal the individual leaf fibers. Also blades of grass or insects and cobwebs unfold in backlight a very special effect. It will be more difficult if you want to photograph people in backlight. Be sure to use a fill flash to avoid underexposing the face. Again, make sure that you do not put the sun in the picture.
The element of water is a great subject to practice backlit shots. For example, take a picture of a creek in the back light and create many glittering drops of water on the picture. Just as mystical is an icicle or fountain in the back light. For all your shots, make sure that the light source against which you are photographing is obscured by placing the subject in front of it or not picking up the light source. Then you will quickly succeed in the photos in the backlight.
Add Comment
Camera Photography Tips
More From Author
Tips
Load More